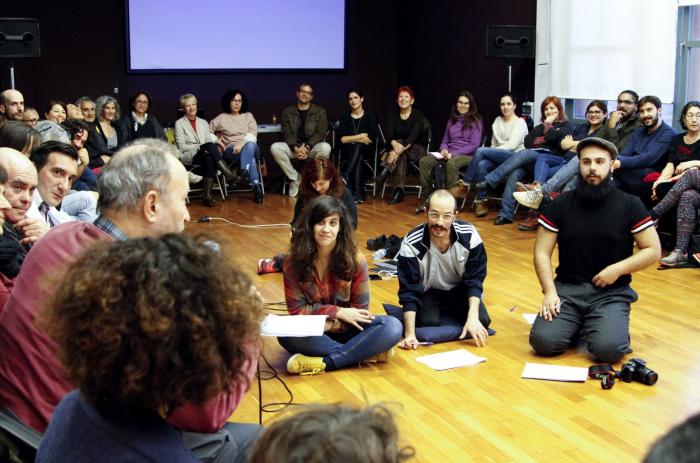 One of the aims of the MESOC project is to study and test the impact of cultural policies related to 3 crossover themes (Health and Wellbeing, Urban and Territorial Renovation and People’s Engagement and Participation) in 10 European city pilots. In these 10 cities, the MESOC partners will ignite a dialogue with public actors and cultural managers in order to identify and analyse a number of significant cultural projects and initiatives with a social impact.

Barcelona is one of the 10 City Pilots where the MESOC model will be tested, and the University of Barcelona has already started to collect relevant case studies in the territory, in collaboration with the Culture Institute of Barcelona (ICUB). The mapping exercise has already identified a first set of exemplary projects that offer the opportunity to observe the dynamics and relevant factors in play in those cultural initiatives targeting the chosen impact domains: health and well-being, urban renovation and, in particular, civic engagement and participation. In this sense, we would like to highlight some of the selected initiatives.

The first one is Barcelona Lab (BCNLab), a cultural innovation programme promoted by the Culture Institute of Barcelona since 2012, with the aim of exploring, discovering, experimenting new relationships between culture and innovation. BCNLab intends to enhance and create connections among people and communities around cultural ideas and projects that involve civic participation in the Catalan capital, working on the concept of city as a space of experimentation and co-creation. One of the main objectives of the programme is to reduce inequalities and fragmentation among cultural and educational systems.

Another interesting project is ART i PART, a programme of communitarian artistic creation in the neighbourhoods of Barcelona. ART i PART is included in the wider programme called "Barcelona Districte Cultural", a stable circuit of professional shows and a creation programme of communitarian artistic projects, aimed at bringing culture closer to citizens and making them active cultural actors. It is an initiative of the City Council of Barcelona, managed by the ICUB (Culture Institute of Barcelona), that invites neighbours of the city to participate in a community project where they will act as co-creators. The first edition of ART i PART started in 2018 and was developed in 5 neighbourhoods, the second edition in 2019 was extended to 3 other neighbourhoods: Besòs, Gòtic and Poble Sec. A short film documentary tracked the first edition of the project (video in Catalan with Spanish subtitles), providing an overview of their activities.

Finally, we would like to mention Apropa Cultura, an initiative born in 2006 for improving the quality of life of people in a vulnerability condition through culture. The project opens the doors of theatres, museums, music halls, festivals around Catalonia for giving access to these people to the cultural programming of different venues. Furthermore, Apropa Cultura organizes training activities in the field of the arts addressed to professionals. Within the framework of Apropa Cultura, there is space also for experiential workshops such as "Un matí d´orquestra", a participatory music experience addressed to people with intellectual disability.

Image copyright: photo from the community theatre performance "Atlas", on stage on the 8th February 2018, part of the ART i PART programme in the Barcelona neighbourhood of La Marina, © Jessica González Rivas